There has been rumours of a new bike being released by #Suzuki over the last few weeks, but this morning the latest, 3rd iteration of the legendary #Hayabusa was announced.

When the Hayabusa was launched in 1999 its ultra-smooth, turbine-like power delivery yet wide useability made it a worldwide success. The now-iconic #aerodynamic styling of the #bike allowed for great poise at pretty much any speed which added to its popularity. Suzuki brought this bike out to rival the Honda Blackbird and tactfully named it ‘Hayabusa’ or ‘Peregrine Falcon’ in #Japanese (Blackbird killer). Since its launch 22 years ago the bike had only been through one large development in 2008, but now with almost 200,00 units sold a third generation bike takes centre stage with the latest technologies, greater control and improved comfort.

Suzuki decided to stay true to the iconic ‘Busa design yet ‘the redefined beast’ brings a more #modern, muscular stance to the bike, we love it! Still low, long, and wide the new generation bike has inherited the DNA of its predecessors, but with sharper lines and a tough, modern look that oozes refinement and class. Both ends of the bike feature new LED lights, with the front lights positioned between new angular air intakes. Along with the overall design, the twin analogue dials have also been brought over to the new bike but with all-new TFT integrated dash that provides all the information you will ever need.

During the development of the engine, Suzuki tested many different prototypes including larger displacements, 6-pot options and also turbocharged versions, however again staying true to the DNA of the bike they opted to stick with a newly revised 4 cylinder EU5 engine. After extensive reworking the engine now produces more power and torque in the low and mid-range RPM, making for a even more rideable and flexible motor for everyday use.

The Hayabusa has always been known for its remarkable combination of high-speed stability and its planted feel alongside surprising agility and nimbleness. Suzuki have further developed and reduced the weight of the existing tried and tested twin-spar aluminium chassis achieving a better overall balance. New fully adjustable suspension has been added to the bike, along with Stylema Brembo calipers and new seven-spoke wheels. Added to the list of alterations is the ergonomics of the bike, the bars have been moved 12mm closer to the rider for increased control and comfort.

We’d love to get our hands on one of these bikes as we are sure you do too!

We’d love to hear what you think of this bike, please leave a comment below! 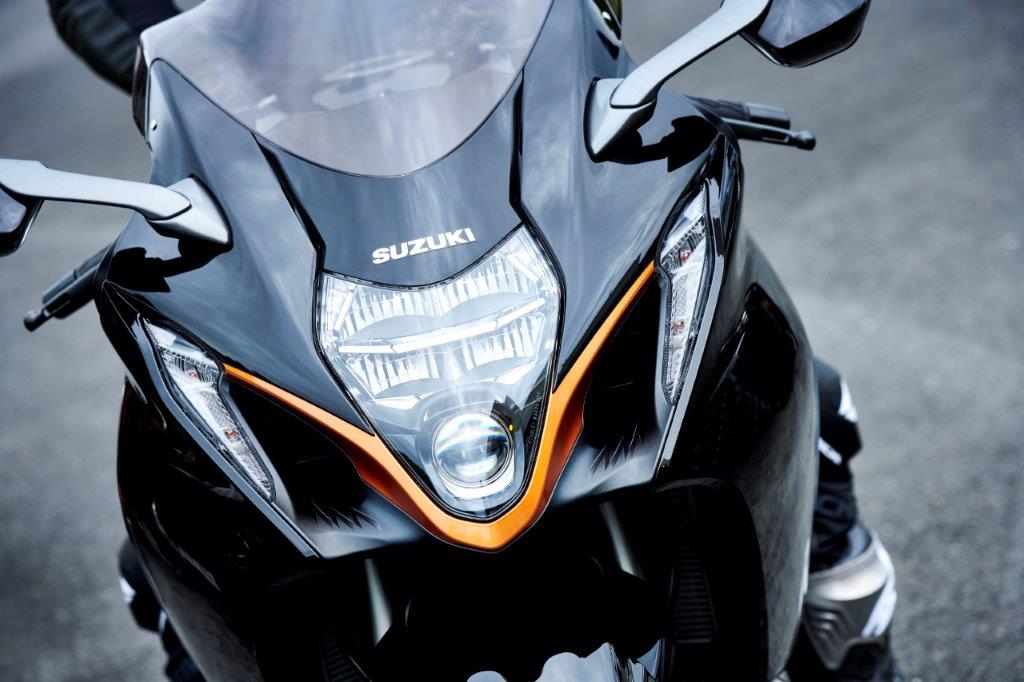 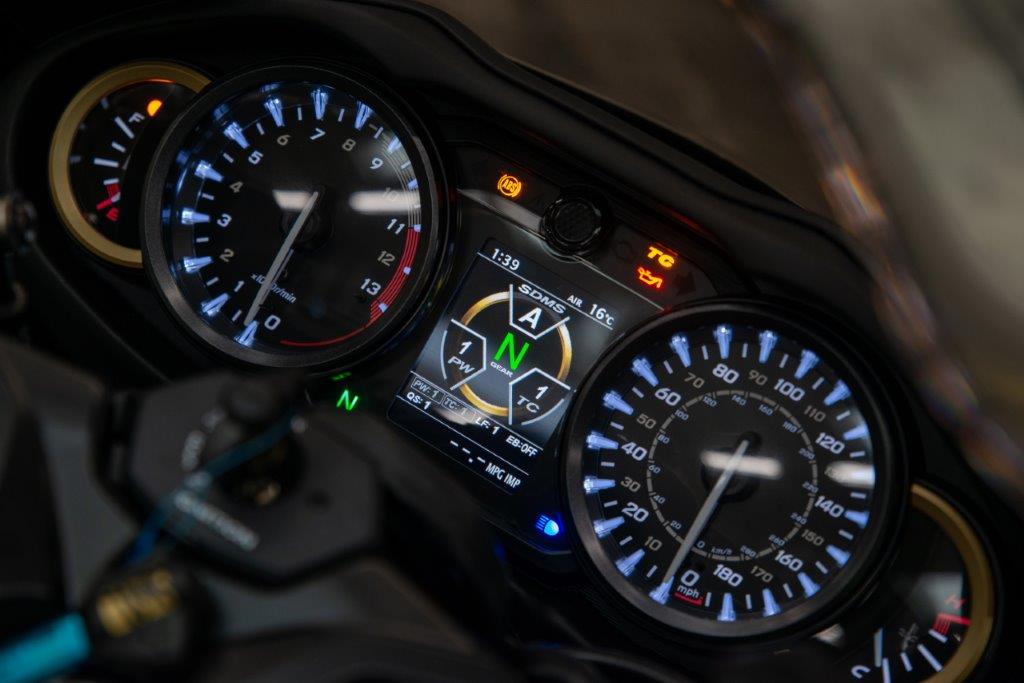 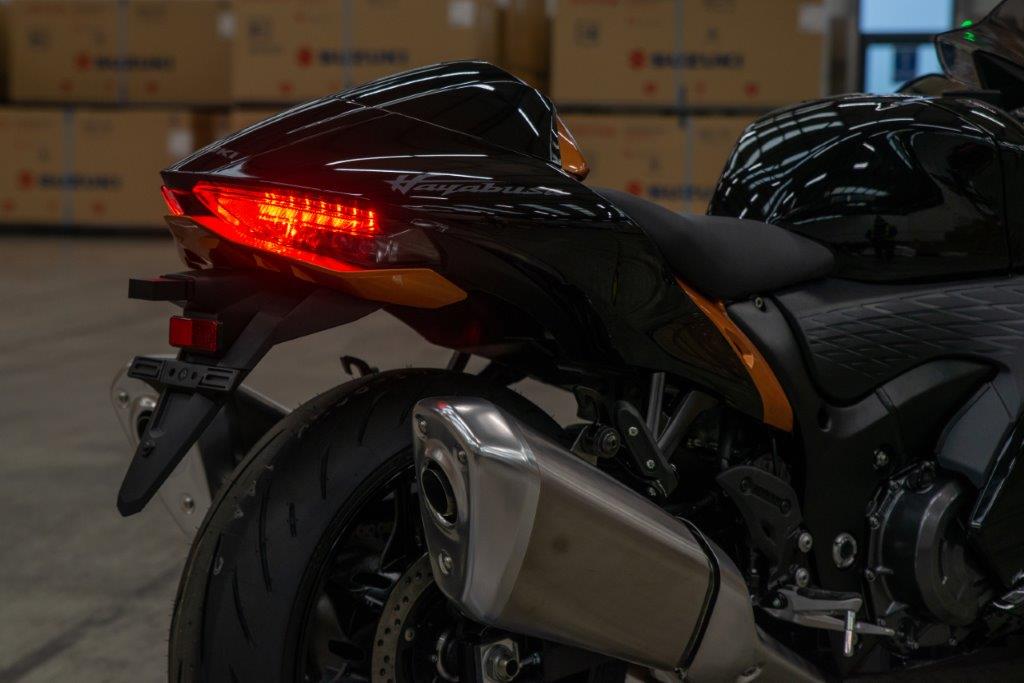 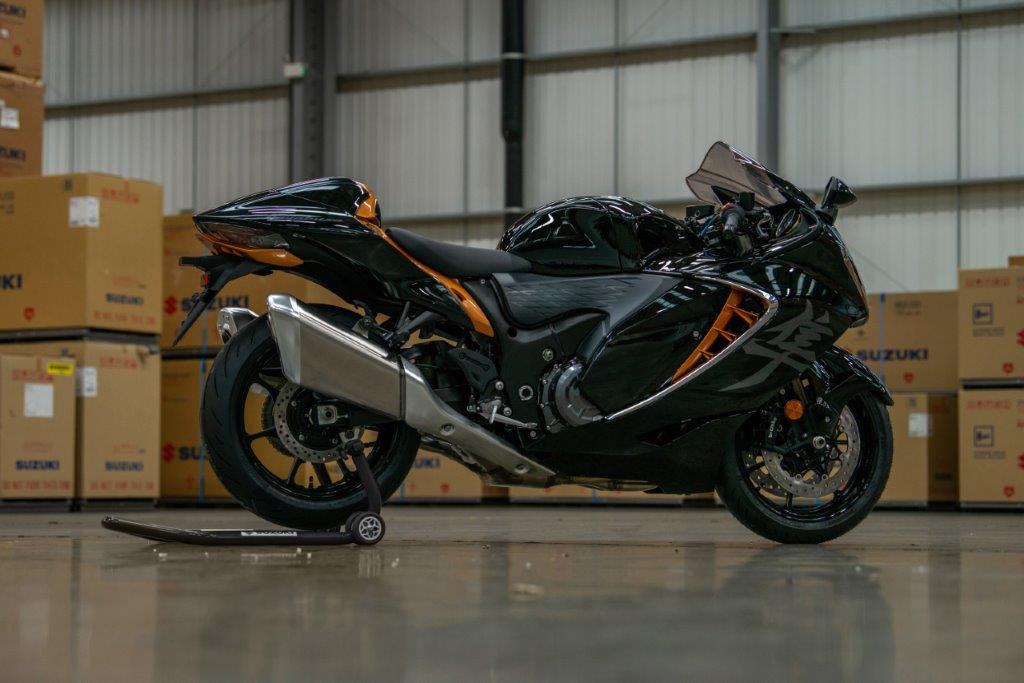 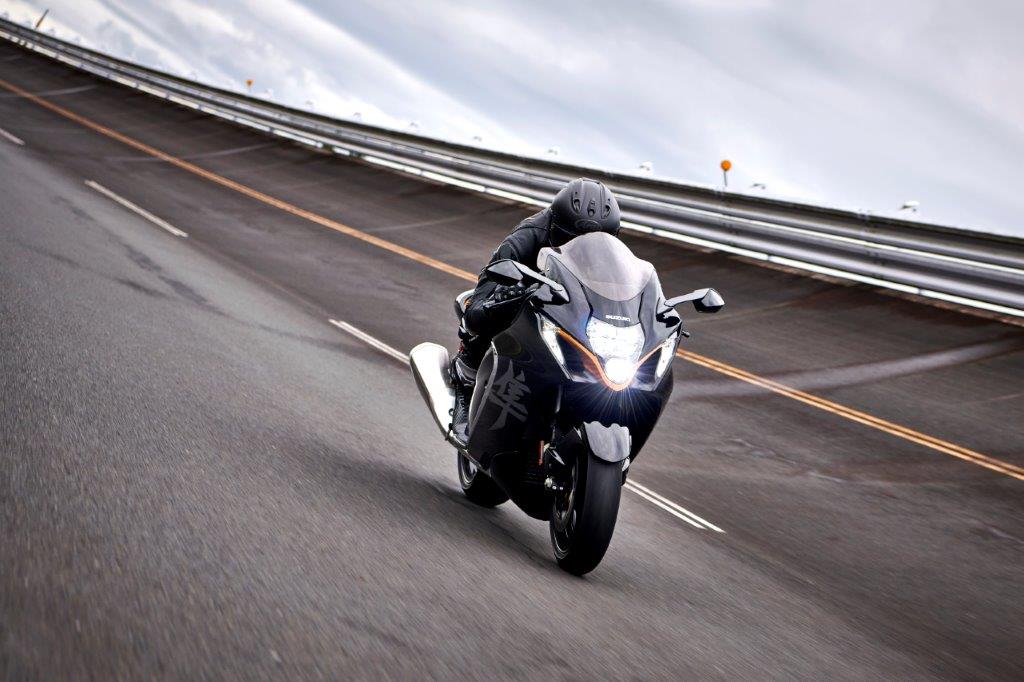 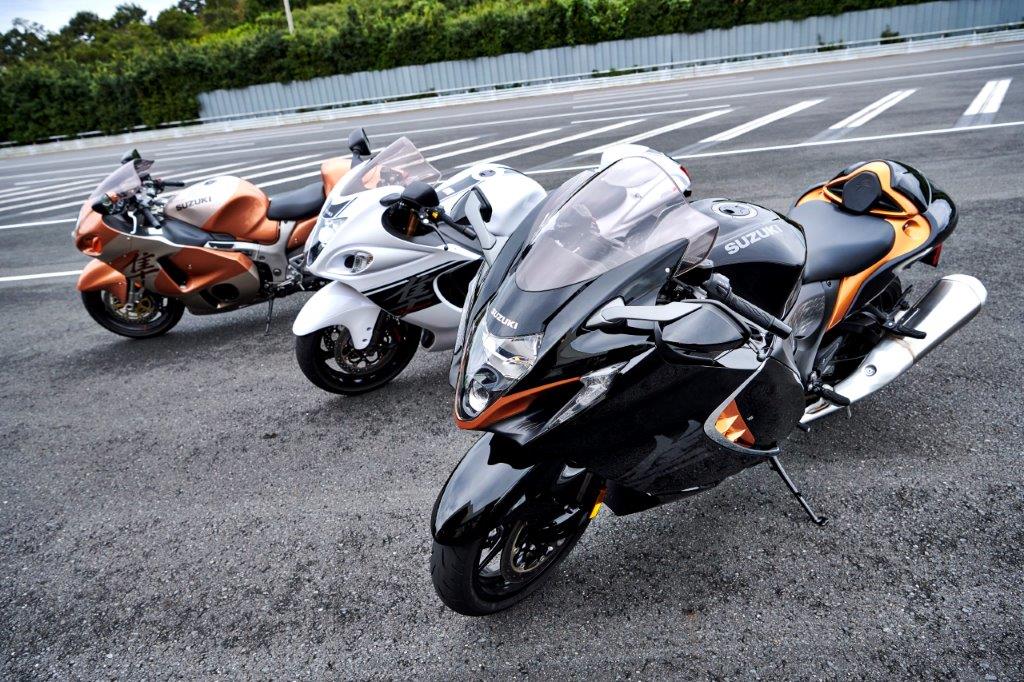 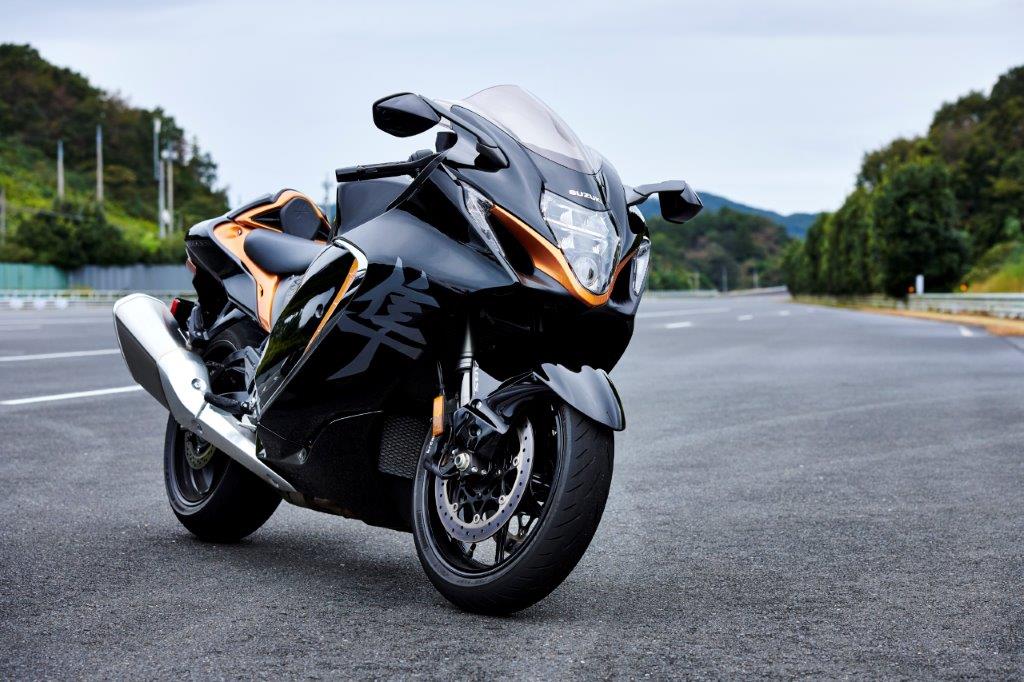 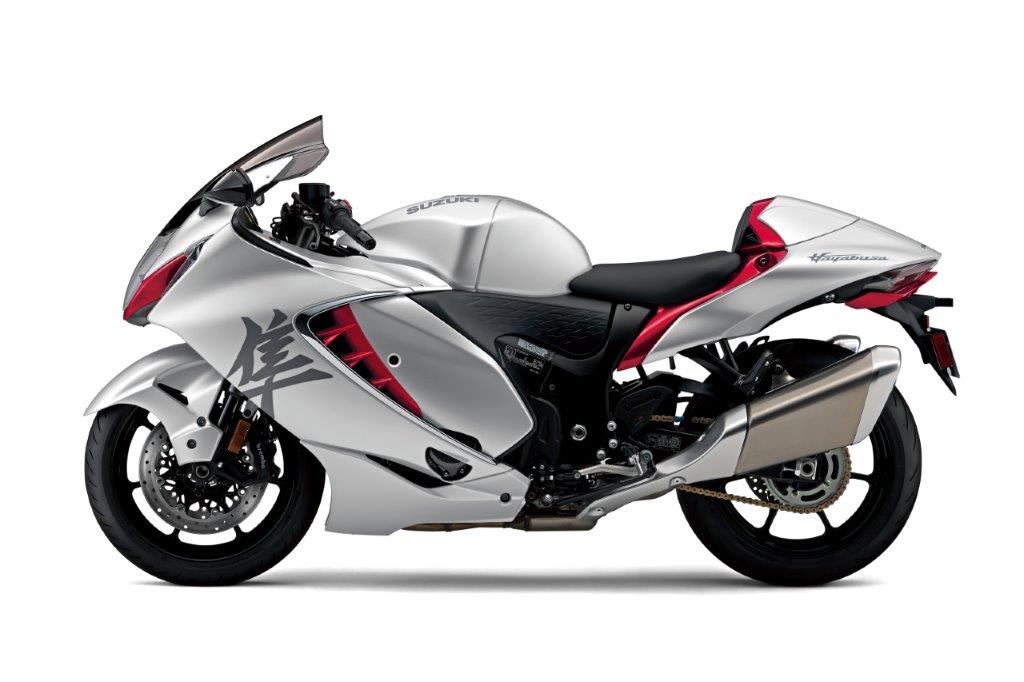